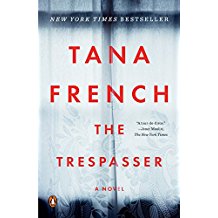 Many milestones to report!

My goal for August:

This next month should be much better for reading so I’ll go with 4.

What a joke. I traveled to NY twice – once because my grandmother had a stroke and two weeks later for her funeral. This year is a nightmare. But reading is escapism and August was a good month in that way, if nothing else.

Actual vs. planned: (Link to my Goodreads 2017 shelf where you can find individual reviews that may or may not differ from what is posted here.) 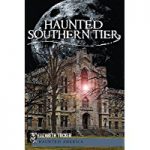 I was expecting a collection of complete short stories rather than a lot of summaries and a report structure. Still, I learned quite a bit about the history of the area where I grew up, including some lore that may or may not be grounded in fact. 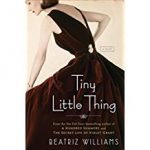 This book… I’m not sure. I wasn’t particularly taken by any of the characters, including the protagonist, Tiny. Her sister was interesting, but I didn’t find any of the main cast to be sympathetic. We’re meant to cheer for Tiny and true love but it all felt so shady that I couldn’t get behind it. There was a twist near the end that I did not see coming and I found it kind of cheap. As if they used that particular twist only to give Tiny an out. It wasn’t my favorite book by Williams. 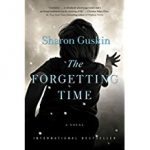 The psychological/spiritual aspects of this story were very interesting. It’s essentially a reincarnation story in which a little boy has memories of his previous life. A doctor, facing his own mortality, is attempting to prove this phenomenon actually exists. In tracking down the family of the boy whose memories haunt Noah, they address a lot of topics and situations I haven’t seen in fiction. However, I never really connected with the story enough to rate it higher than 3 stars. 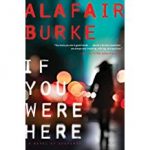 This book requires a lot of what my high school English teacher called “WSOD” – willful suspension of disbelief. There were so many coincidences, so many far-fetched situations and reactions, I found myself just shy of rolling my eyes several times. However, the story was quite engaging as McKenna used her handy contacts from her careers as an attorney and a reporter to track down a friend from twenty years ago. 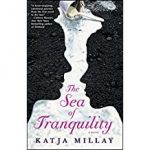 Heart breaking. Also, lovely. Two teenagers, broken and coping in completely different ways, come together based on their similarities. Secondary characters are well-developed, though there is a bit of the typical adult-absenteeism that creeps into a lot of YA. This is a wonderful example of a protagonist who does unlikable things but because you understand her motivation, you still feel for her.

In the end, nobody comes out particularly likable or capable. And the book turns on an aspect of the dreams that there was no way to see coming, leaving me feeling cheated. 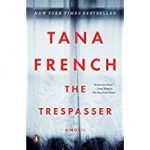 It pains me to only give this one a 3.5* rating but it wasn’t at the same level as other books in the series.

I found the investigation to be frustrating – I know these are “rookie” detectives, but they spent so much time chasing down a wild goose chase that was based almost completely on conjecture. The protagonist had such a chip on her shoulder that it was impossible to trust anyone or anything. Also, I kept forgetting that the protagonist was a woman. It wasn’t that I expected her to be constantly twirling her hair or applying lipstick but her characterization fell flat for me in many ways. However, shoutout to Aislinn because THAT was a fascinating character. It’s nice when the victim in a homicide story becomes so well realized.

I started with three reading goals this year but added a fourth:

Diversity? I guess so. Several thrillers but some were YA or part of a series. I could do better here.

Star ratings: I base this on the flat stars Goodreads displays in list-view, not the quarter-star system I assign in my reviews.

I’ve almost completed a short story collection so that’s an easy addition to my September plans. I’m feeling optimistic and will set a goal of 5.

Zen and the Art of Happiness
by Chris Prentiss

Lights from the Field of Flags at the National Mal

Book 3 is a book I've had for a while. I started i

Quite the sunset tonight!

Book 2, a Christmas gift from @runningmanmike: “